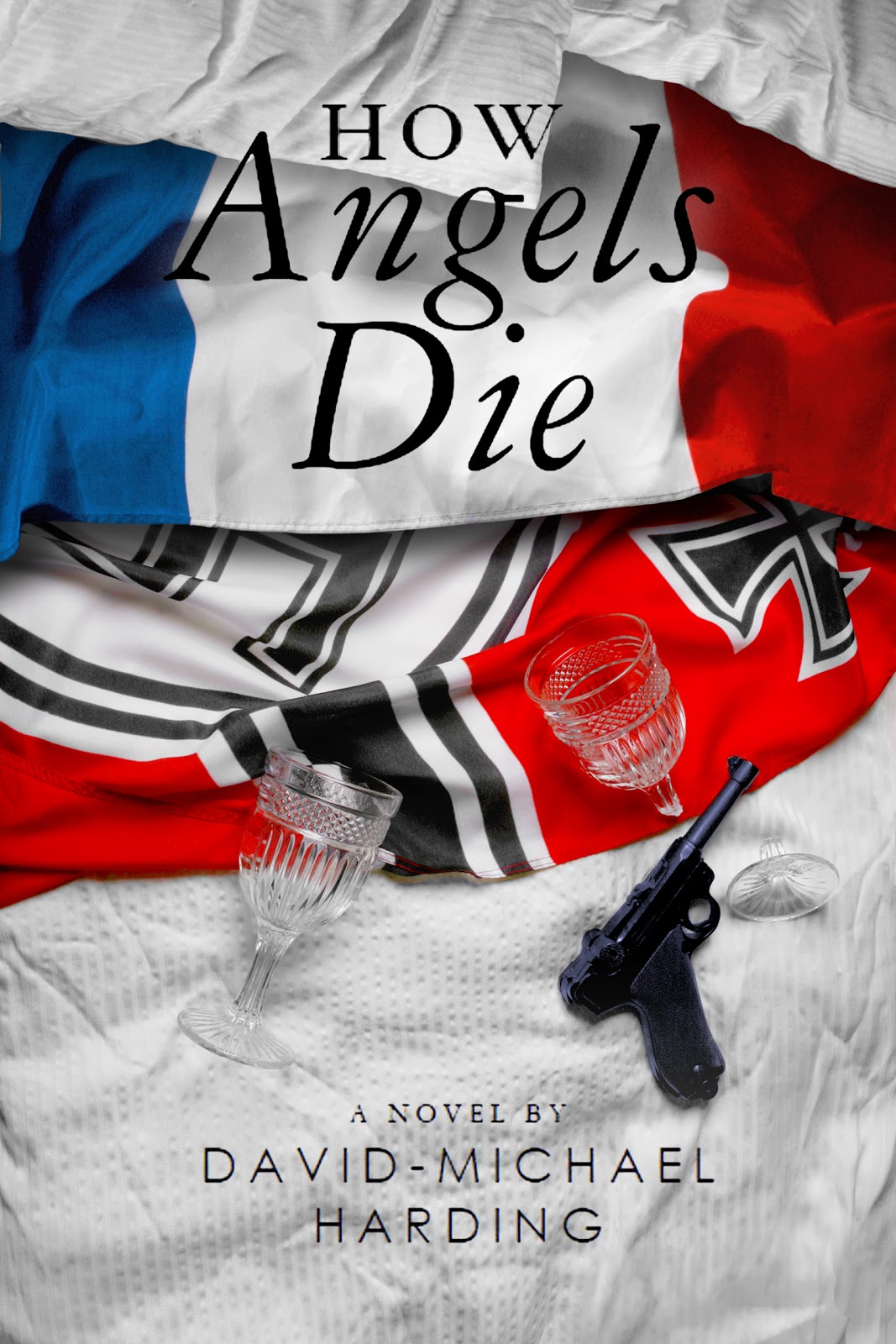 Two sisters take different roads in their work for the French Resistance during World War II. Claire is an active guerrilla fighter while Monique seduces German officers to learn military secrets from bedroom pillows. Love enters in for both as battles rage in their family over the morality of killing vs. sex while, unknown to them all, D-Day rapidly approaches.

How Angels Die is a highly dramatic novel with very strong female protagonists. The story is rife with action, conflict, and intrigue. Through it all, the characters struggle with devotion to family, country, cause, and oneself. The reader is effortlessly drawn along the storyline and feels the impact of the events surrounding the sisters. Compassion for the characters, German as well as French, runs deep and captures the imagination as coastal war-torn France comes alive on the pages.

More than a war story, How Angels Die compels its readers to face the decision-making processes that bring us to where we are and who we are. It also asks questions of the mind that expose prejudices and the eventual regret that follows.

“In How Angels Die Harding delivers an edge of the seat read as he skillfully summarizes the events and pain of years of conflict during the Nazi occupation of France into ninety-six gut wrenching, mesmerizing hours.” David Roth, Tampa Writing Examiner: http://www.examiner.com/writing-in-tampa-bay/how-angels-die-review

1. How did you come up with the title?
Both the title and the novel are drawn from recorded conversations with my father and uncles prior to their deaths. All were WWII veterans. One had parachuted into France on D-Day -2 and was picked up by a young French girl on a bicycle – his ‘Angel’.

2. Is there a message in your novel that you want readers to grasp?
Increase the reader’s recognition of the many faces of war and its impact – far beyond the flying bullets and blood of the front lines. To remind us of the destruction that war reigns down in lives lost and families destroyed in order that we avoid it at all costs.

3. How much of the book is realistic?
The historical research was painstaking in order to insure accuracy. The stories recounted by my family and interwoven in the book’s pages add a sense of realism difficult to replicate otherwise.

4. If you had to do it all over again, would you change anything in your book?
No.

5. What was the hardest part of writing your book?
Time. Research involved was extremely comprehensive.

6. Did you learn anything from writing your book and what was it?
The toll of war is so very high, it draws into question the futility of armed conflict in the current century and beyond.

7. Do you recall how your interest in writing originated?
I credit Rod Serling. He sparked an interest with ‘The Twilight Zone’ and ‘The Night Gallery’ which led me to his writings.

8. Who is your favorite author and what is it that really strikes you about their work? John Steinbeck. His works are all about the journey of the story. The writing is straightforward and he doesn’t waste lines. While descriptive, Steinbeck evokes the reader to connect the dots to see and smell via words. His focus is on the characters and driving forward the story.

9. Tell us your latest news.
Newest piece, Cherokee Talisman, is being edited and scheduled to be released in the first day of Fall, 9/22/12.

10. Do you have anything specific that you want to say to your readers?
Thank you! Your response to How Angels Die has been more than I could imagine.